A downloadable game for Windows and macOS

Freki Lyall, the second son of a wealthy family, spent most of his life refusing to step out of his family’s mansion; if he’s a disappointment to his parents, he couldn't possibly do better in the outside world, could he? But when his beloved older brother, Geri, disappears, Freki makes the decision to step outside and look for him.

Big Bad Wolf is a loose retelling of four fairy tales representing the four love interests: The 3 Little Pigs, Red Riding Hood, The Boy Who Cried Wolf, and The Wolf and the 7 Kids.

This is Demo 1.0, the version made in time for the 2 month long Yaoi jam. This demo includes the full common route and a number of unfinished assets (rendered/lined backgrounds, placeholder music). While there are no plans to change the text, the final release of the game may have modified dialogue.

Pending changes to be made to Demo 2.0:

I've played the demo but I thought there's more to it. Now I'm upset having to wait for it. I've look through the comment and it seem you've being working on it a long time. When the full version will be released? It's alright if you don't know but maybe an estimation is better than nothing.

I don't have any set dates for when any updates would be at the moment. If I am to give an estimation, there may be updates in 2020, when I may be able to free up more time to work more in depth with this game. I don't expect the full game to be finished for another year after (I'm a one person team so unfortunately things move slowly). Thank you for your interest and taking the time to ask, though!

Thank you for your reply, now I got a bit more closer to the idea of the possibility it will released. Just don't push yourself too hard since you may wanted to not keep me disappointed after the estimation of released date you gave me. If you do then it's a way to easily to loose motivation of working the game. Take all the time you need, I'll be looking forward to it. ^-^

Wow! Thank you for such a long and detailed review!

Hmm, I'll certainly keep that in mind as I revise the script for the common route. Freki is probably his own worst enemy in his insecurities, his head making it a bit worse than it actually is. But you still bring up a good point. He might've gotten a bit too confident too quickly! That was part of my struggle in the start of writing the routes, too. So I'll probably be making changes to your point later on.

Gyles certainly seems to be everyone's favorite xD which means I'll have to work extra hard on his story. I'm glad they (mostly) had a good impression on you! Ernest seems to have a lot to make up for in many players' eyes.

Thank you, I'm still struggling to finish up art for the demo ;; those two months certainly wasn't easy, but it felt very worth it for the end product. I've been working on my art so hopefully by the time I get the chance to redraw the sprites, they will at least look a little closer to their 20s ;v;

With the speed I'm going, I'm probably leaning towards a route by route release. Thank you again for such a detailed response!

Yup, if you don't pick another name for him!

hahahaha sorry i just find it very funny xD in my country there is a very common afrikaans name, frikki X'D

Just finished the demo. It's great so far. I love the writing because it really draws out the personalities of every character. Really looking forward to the completed version of this game. 🐺

Thank you for your comment! I'm so glad you like it, I'll be working hard to bring you the full game! 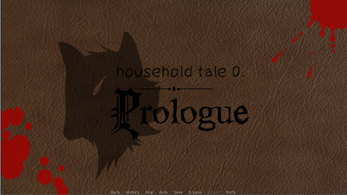 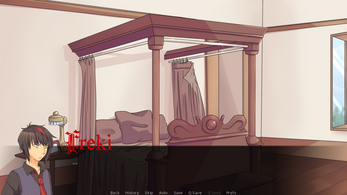